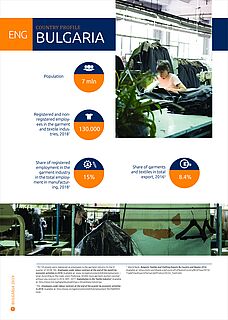 The EU Council’s report and European Commission’s Country Report Bulgaria do not shed light on other grave issues – endemic working poor, repression of unions, non-observance of the law, as well as widespread violations of human rights. The 2018 CCC country profile shows that the latter are widespread in the garment sector which has 130.000 employees. As a direct impact of this social crises in Bulgaria, family members of tailors and many other citizens emigrate in search of means for survival – and all too often end up doing other precarious jobs in Western Europe. 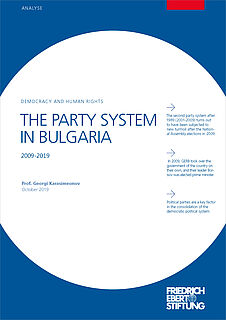 The series presents shifts and dynamics within Bulgarian political parties and the party system as a whole, thereby shedding light on the development of Bulgarian democracy as a whole and the challenges in the process of its consolidation. 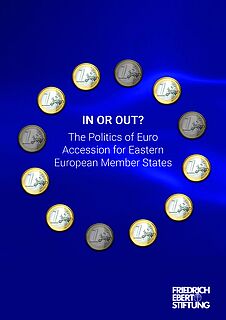 The stabilisation of the eurozone is one of the big challenges Europe is presently facing. While in some states of the EU the euro is still considered to be a critical integrative factor for the European Union, in others it is seen as an unfinished project, whose internal trade and financial imbalances create international redistributions and political strains, which are hard or impossible to resolve within the realm of national policies. While different models for reforming the currency union are being broadly discussed, the fact that another six countries are supposed to enter this Union is hardly mentioned in the debate. 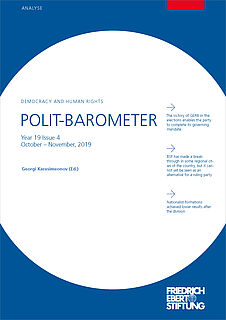 The victory of GERB in the elections enables the party to complete its governing mandate. BSP has made a breakthrough in some regional cities of the country, but it cannot yet be seen as an alternative for a ruling party. Nationalist formations achieved lower results after the division. 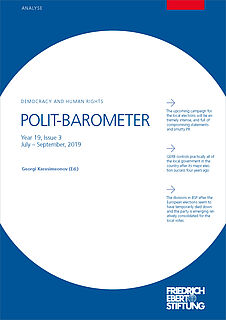 The upcoming campaign for the local elections will be extremely intense, and full of compromising statements and smutty PR.

After winning the European elections, GERB is embarking upon the election campaign with confidence.

The divisions in BSP after the European elections seem to have temporarily died down and the party is emerging relatively consolidated for the local votes. 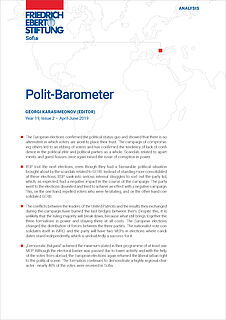 The European elections confirmed the political status quo and showed that there is no alternative in which voters are wont to place their trust. The campaign of compromising others led to an ebbing of voters and has confirmed the tendency of lack of confidence in the political elite and political parties as a whole. Scandals related to apartments and guest houses once again raised the issue of corruption in power. 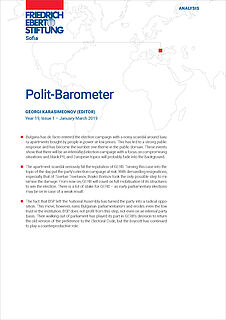 Bulgaria has de facto entered the election campaign with a noisy scandal around luxury apartments bought by people in power at low prices. This has led to a strong public response and has become the number one theme in the public domain. These events show that there will be an intensified election campaign with a focus on compromising situations and black PR, and European topics will probably fade into the background. 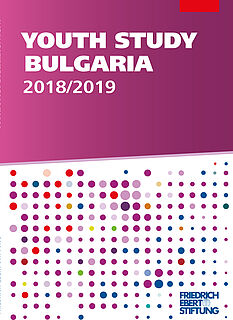 This report contains the main results and conclusions of a national sociological survey of Bulgarian youth, and is representative of young people aged 14 – 29. The research was organised, methodologically developed and funded by the Friedrich Ebert Foundation. For the second time after 2011 – 2015, the Foundation set out the goal of determining the attitudes of young people in different southeast European countries. In 2018, the survey has the advantage of being conducted practically simultaneously in ten countries (Albania, Bosnia and Herzegovina, Bulgaria, Croatia, Kosovo, Macedonia, Montenegro, Romania, Slovenia, and Serbia) and with an almost identical questionnaire, now providing for maximum similarity and comparability of data both at regional and chronological levels.

This report contains the main results and conclusions of a national sociological survey of Bulgarian youth, and is representative of young people aged... weitere Informationen

The human footprint is increasing fast and will – if not reversed – eventually lead to a collapse of the global economy. So say the authors of the new... weitere Informationen