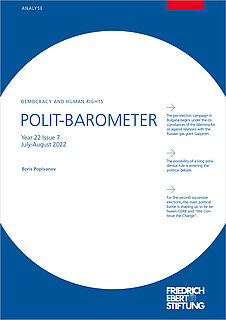 The pre-election campaign in Bulgaria begins under the circumstances of the dilemma for or against relations with the Russian gas giant Gazprom. The possibility of a long presidential rule is entering the political debate. For the second successive elections, the main political battle is shaping up to be between GERB and “We Continue the Change”. 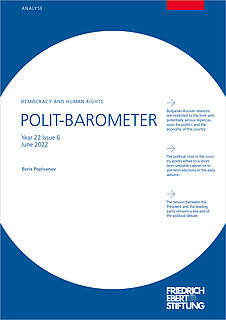 Bulgarian-Russian relations are stretched to the limit with potentially serious repercussions for politics and the economy of the country. The political crisis in the country points either to a shortterm unstable cabinet or to pre-term elections in the early autumn. The tension between the President and the leading party remains a key axis of the political debate. 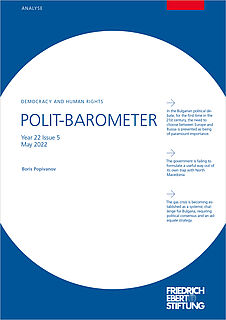 In the Bulgarian political debate, for the first time in the 21st century, the need to choose between Europe and Russia is presented as being of paramount importance. The government is failing to formulate a useful way out of its own trap with North Macedonia. The gas crisis is becoming established as a systemic challenge for Bulgaria, requiring political consensus and an adequate strategy. 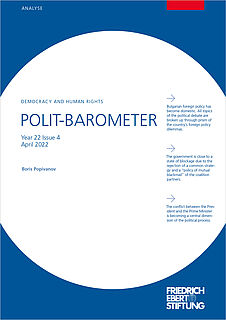 Bulgarian foreign policy has become domestic. All topics of the political debate are broken up through prism of the country’s foreign policy dilemmas. The government is close to a state of blockage due to the rejection of a common strategy and a “policy of mutual blackmail” of the coalition partners. The conflict between the President and the Prime Minister is becoming a central dimension of the political process. 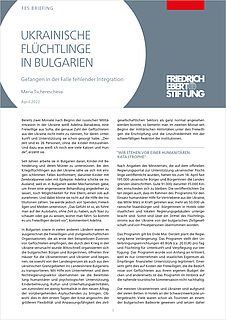 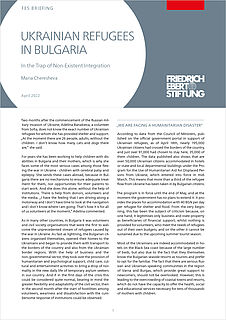 According to data from the Council of Ministers, published on the official government portal in support of Ukrainian refugees, as of April 18th, nearly 195,000 Ukrainian citizens had crossed the borders of the country, and just over 91,000 had chosen to stay here, 35,000 of them children. The data published also shows that are over 50,000 Ukrainian citizens accommodated in hotels or state and local departmental buildings under the Program for the Use of Humanitarian Aid for Displaced Persons from Ukraine, which entered into force in mid March. This means that more than a third of the refugee flow from Ukraine has been taken in by Bulgarian citizens. 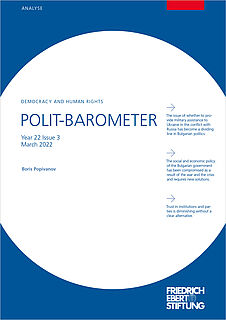 The issue of whether to provide military assistance to Ukraine in the conflict with Russia has become a dividing line in Bulgarian politics. The social and economic policy of the Bulgarian government has been compromised as a result of the war and the crisis and requires new solutions. Trust in institutions and parties is diminishing without a clear alternative. 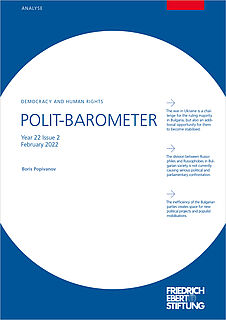 The war in Ukraine is a challenge for the ruling majority in Bulgaria, but also an additional opportunity for them to become stabilised. The division between Russophiles and Russophobes in Bulgarian society is not currently causing serious political and parliamentary confrontation. The inefficiency of the Bulgarian parties creates space for new political projects and populist mobilisations. 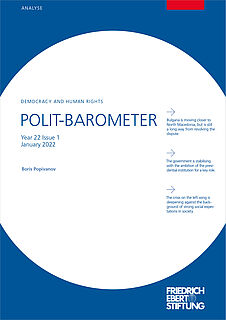 Bulgaria is moving closer to North Macedonia, but is still a long way from resolving the dispute. The government is stabilising with the ambition of the presidential institution for a key role. The crisis on the left wing is deepening against the background of strong social expectations in society.